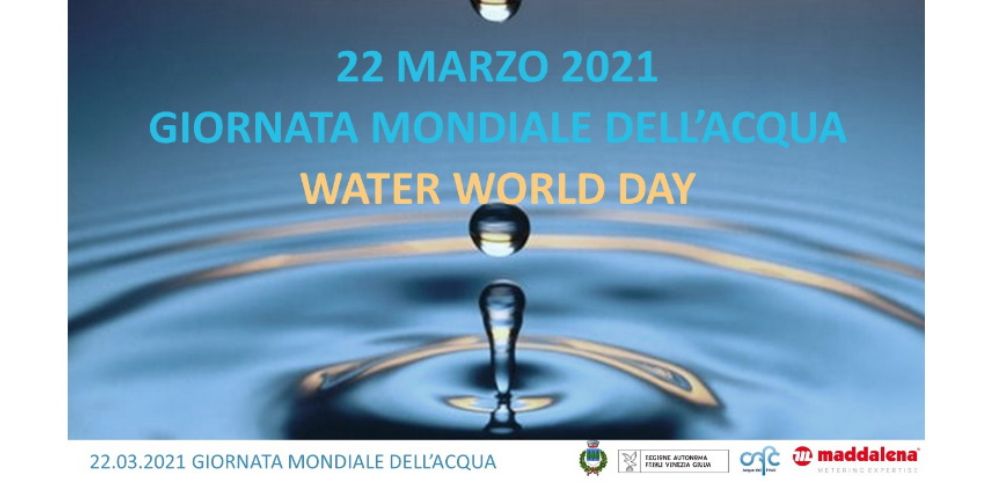 The World Water Day is celebrated all around the planet on March 22 to commemorate the importance of this element. To pay homage to water, an essential and increasingly scarce resource, the Municipality of Povoletto, together with CAFC Spa (Consorzio Acquedotto Friuli Centrale), of which it is a member and which manages the integrated water service throughout the territory, and Maddalena Spa, presents an important initiative designed for schools and the local area.

“The School and Environment Project: initiatives for the reduction of disposable plastics combined with the responsible use of the water resource – realized thanks to the contribution of the Autonomous Region of Friuli Venezia Giulia and this fruitful collaboration between public and private – aims in fact to involve teachers and pupils of the Primary and First Grade Secondary classes of Povoletto to encourage, in accordance with the aims of the Institute’s Educational Offer Plan, the responsible use of the water resource, in the name of Sustainable Development ”says Mayor Giuliano Castenetto.

During this year, thanks to the regional contribution, the municipal administration has provided for the purchase of 3 dispensers connected to the hydro-drinking network, which will be installed in the Primary and Secondary Schools and in the canteen refectory of the school complex of Marsure di Sotto. “A really important operation for schools – comments Elena Romano, Headmaster of the Comprehensive Institute of Faedis – which will allow our children to build a critical and environmental awareness, being able to access the drinking water of the dispenders thanks to the bottles that will be donated them as soon as we return to school after this lockdown “.

“Our goal – declares the President of CAFC Salvatore Benigno – is to encourage the correct use of the water in our aqueduct, healthy, controlled, good and zero km, to support the projects of municipal administrations and schools to teach the very young how to avoid waste, fight pollution and adopt a mentality that reduces as much as possible the use of disposable plastic to be replaced, in fact, with water bottles “.

At the same time “Maddalena Spa, which for over 100 years has been the spokesperson for the culture of water metering, – concludes the President Franco Maddalena – promotes a message that speaks of water efficiency and sustainability, with the aim of emphasizing how each citizen, child or adult, by adopting simple daily behaviors connected to a careful and environmentally friendly lifestyle, can contribute to the achievement of Goal 6 of the United Nations 2030 Agenda: clean water and sanitation “.

While waiting for the pandemic to allow the development of these activities in the presence (such as the delivery of water bottles and the organization of educational meetings with the direct involvement of students), on March 22 a video message will be digitally disseminated in all the classrooms which, through the work and voice of Arianna Arizzi, Marketing and CSR (Corporate Social Responsibility) Manager of Maddalena Spa, and Paolo Marchina, Deputy Mayor of the Municipality of Povoletto with responsibility for Education, Culture and Youth Policies, will reach the students in DAD (distance learning) to celebrate World Water Day with them and bring them closer to this important resource.

This project helps Maddalena S.p.A.
contribute to the 2030 Agenda Goals